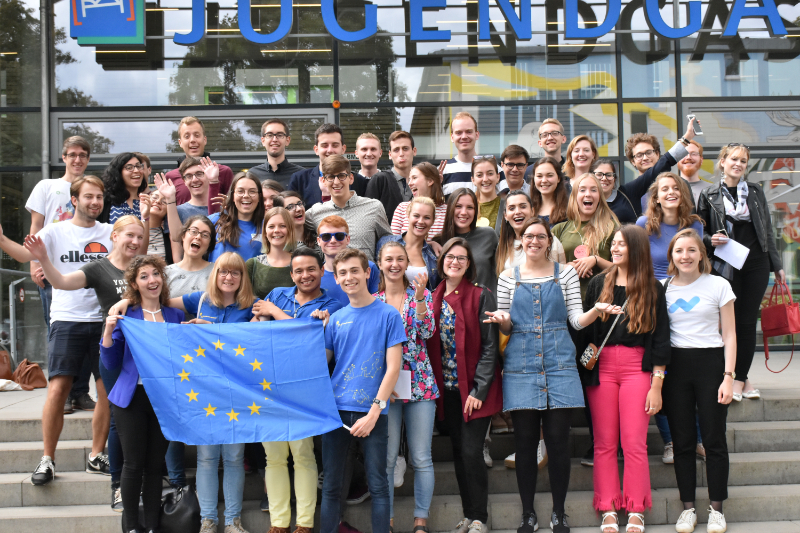 For the eighteenth year in a row, the German capital once again played host to the JEF International Berlin Seminar. JEF Germany and its Berlin-Brandenburg section, the JEB, joined forces to welcome over sixty politically engaged young adults from more than twenty different countries for one weekend full of inspiring discussion about the EU’s role in the wider world. Read the German version here. 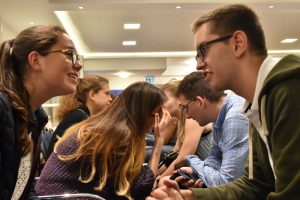 “Speed-Dating”: getting to know each other on Thursday evening

The Seminar kicked off on the Thursday with a round of ice-breakers and introductory games. Soon, the rooms of the youth hostel, Jugendgästehaus Berlin, were full of excited chatter in a colourful range of European languages. After this relaxed start, it was time to get down to business on the Friday morning. Participants had the chance to concentrate on six global regions: South America, Russia and the Eastern Partnership, North America, China, the Balkans, and the Middle East/North Africa (MENA). Each region was introduced by an expert in the field, and participants rotated round the different specialisms every half hour, making the most of what was a fruitful discussion with the experts. Topics ranges from regional conflicts to the kinds of aspirations and opportunities that might be open to that particular part of the world. All this was hungry work, so we took a break for lunch. Afterwards, it was time to get started with the main bulk of the Seminar: a workshop entitled “What’s Next, Europe?” Participants chose to focus on one specific region from the morning’s discussions, and groups started by pooling their existing knowledge to identify major issues and figures that determine the region’s current status quo. Several hours and multiple flipcharts later, it was time to break for the evening and start afresh on the Saturday morning. The workshop’s second phase called for creativity – something the participants had in spades. We imagined travelling in time to the year 2030 and came up with utopian and dystopian visions of each region’s future. The third and final phase of the workshop focused on the specific influence of the European Union, particularly the EU’s role in guiding the region towards the utopian vision. Results were brought together and colourfully summarised on large posters. 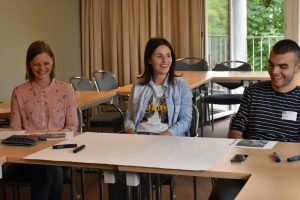 In 6 different workshops, the participants sorted out their visions for EU foreign policy concerning specific regions. 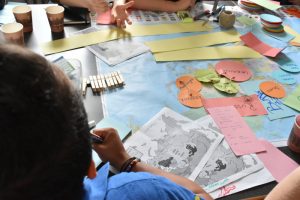 The workshop showed once again just how much political discussions have to gain from European diversity. Quite aside from learning more about the countries and people that make up our continent, it’s amazing to experience the huge wealth of different opinions on every issue imaginable. And even when things got heated, it was clear that everyone was enjoying the discussion and was prepared to compromise. It’s experiences like this that prove just how fun politics can be.

On Saturday afternoon, there were prizes to be won… Together with the team behind the hugely successful Facebook page “Why Europe?”, which stages highly emotive, pro-European campaigns across social media, we launched a photography challenge – with a twist. Groups of five participants streamed out into Berlin to find and photograph pro-European motifs to make memes for the Why Europe page. Travellers at Berlin’s Central Station, passports, and the extremely popular remains of the Berlin Wall at the East Side Gallery all became symbols of a united – and unifying – Europe. The submissions were then published on the Why Europe Facebook page the following day, and the group with the most social media success will be the lucky recipients of coveted European football jerseys. 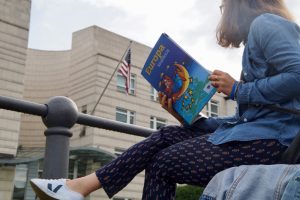 Trump doesn’t understand the EU? No problem, we can help! 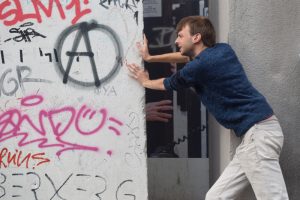 “Europe – Because we need to break down walls, not make new ones.”

At the end of a long day, it was time to give it our all one last time at a European pub quiz organised by the JEB, the Berlin-Brandenburg branch of JEF Germany. And afterwards, we let our hair down and let loose on Berlin’s famous dancefloors.

Sunday morning rolled around – admittedly a little quicker than expected for many of us – and we began to wrap up the Seminar. Each group presented their work to the others, explaining and answering questions about what they had come up with over the course of the workshop. We squeezed in a final quick evaluation before saying our goodbyes.

What’s left after one weekend crammed full of JEF spirit? Lots of new friends and connections, and heaps of motivation from a generation that is truly passionate about the European idea. Find pictures from the seminar here.

Translated from the German by Jenny Hayhurst

International Berlin Seminar 2019 ‘Our Democracy in the Digital Age’