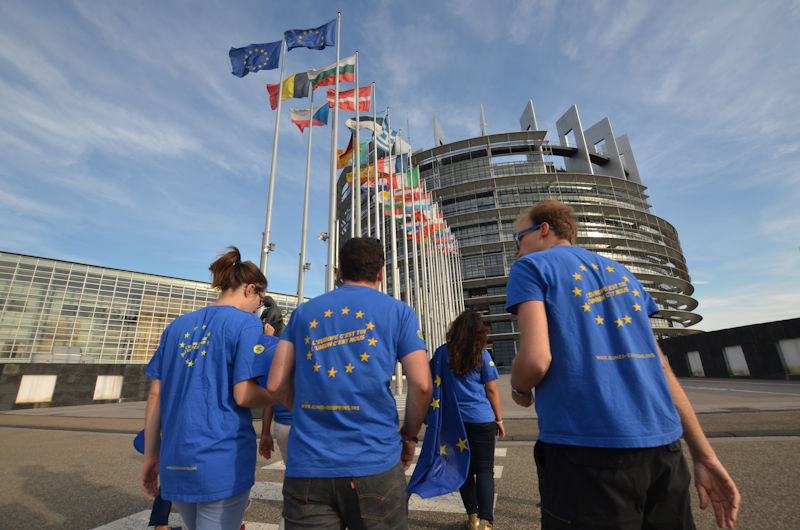 Strasbourg, 16 February 2017 – 150 leaders of youth organisations will assemble at the European Youth Convention (EYC) at the European Parliament in Strasbourg from March 9-12 2017. They consider the current European Union to be structurally flawed and therefore want to fix it with a constitution creating a more democratic and stronger Europe. The EYC is hosted by the French section of the Young European Federalists (JEF), the largest pro-European youth organisation with 30,000 activists in more than 30 countries.

“The great response to the European Youth Convention shows that leaders of youth organisations from all countries deeply worry about their common future”, said Jérôme Quéré, President of JEF France. “The EU has not been empowered to deal with the many crisis of the past years and thus, lost much public trust. At the EYC, the organised youth will proof that a better Europe is possible and a real constitution key to fixing the EU.”

More than 350 youth representatives from 38 countries applied for the 150 spots. Among the participating organisations will be UNICEF, Youth Press and Anti-Corruption International as well as several youth sections of parties.

The EYC not only wants to produce a new political foundation for the continent but also take a fresh approach to developing a constitution. Mr Quéré explains: “The past years of EU politics have been based on the least common denominator, causing nationalism to spread. In contrast, the European Youth Convention aims for a maximum commitment by and consensus among its members. That is why we have partnered with the Malik Institute, whose social technology Syntegration® is designed to bring about just that; it will enable participants to produce the European constitution in highly inclusive spirit.”