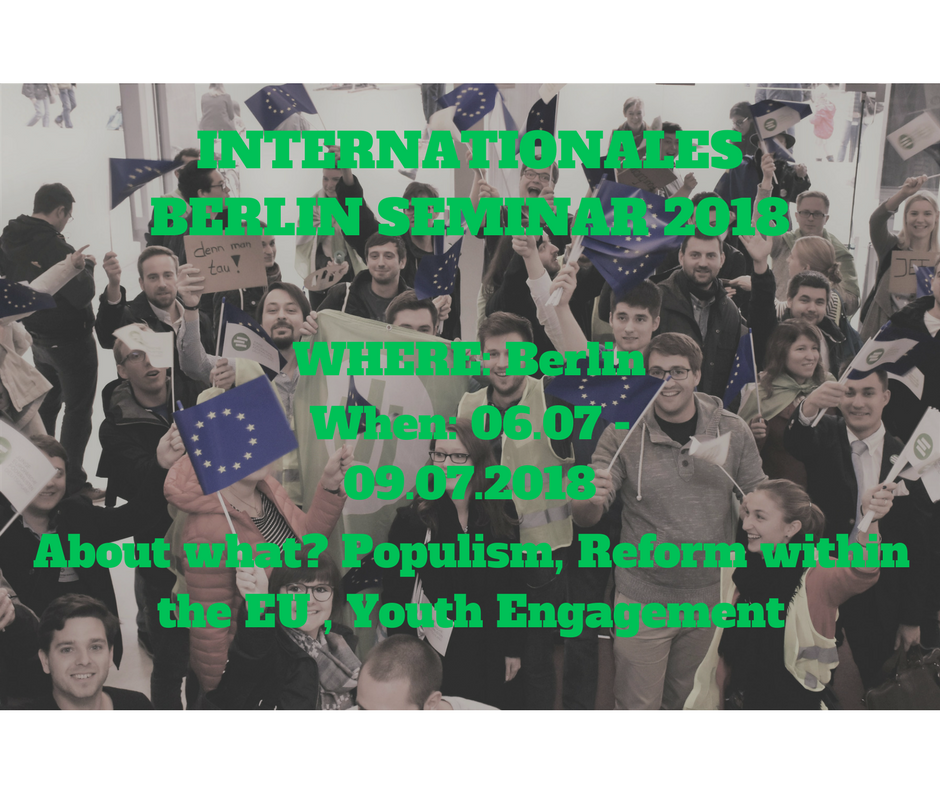 International Berlin Seminar 2018 in a nutshell 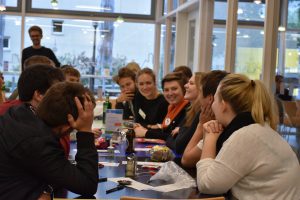 Travel cost will be reimbursed based on actual costs (tickets required as proof) up to a maximum of 90 € (up to 800 km distance), respectively 140 € (more than 801 km) distance.
NOTE: Distance is measured “as-the-crow flies” using the Erasmus+ distance calculator between Berlin and your place of residence! 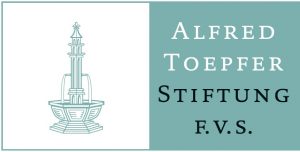 Introduction to the Berlin Seminar 2018

We are happy to announce that from the 06.07.2018 to the 09.07.2018 JEF Germany will host the 19th edition of the famous Berlin Seminar with the slogan “Federalists on Bike”! Taking place in Berlin the seminar gives you the chance to meet fellow Europeans from over 20 countries for four interesting days of discussion, street-rallies, workshops, seminars and social events! The Berlin Seminar 2018’s edition will focus on the umbrella topic „Saving Europe – How? When? Who?“

During four days, you and more than 50 inspiring young people from all over Europe will get the chance to experience Berlin and its diversity, discuss and try to find answers to questions revolving Populism, Reform within the EU and Youth  engagement. We will help you to develop your own vision of Europe and – more importantly – a way to shape the Europe of tomorrow.

Berlin is a city, where Populism has played an important role throughout history as former capital of Nazi fascism. Furthermore Berlin saw in September 2017 a right-wing populist party moving into the Bundestag.

Besides all, Berlin is not only a nexus of major economic and political institutions and civil society but also a symbol for a liberal way of life. Next to its vibrant atmosphere, Berlin is still a mekka for individuals, who are considered deviant and different elsewhere. The city has profited from this by becoming a great place in terms of arts, music and culture, attracting tourists from all over the globe.

The European Union and European society faces different crises, the uprising nationalism and hatred against new Europeans has been a current topic in the last past month. Since the last European elections from 2014, 22 from the 28 member states have now right extreme or right-wing populism parties in the European Parliament. The year 2017 saw a lot of pro-European Movement grow, one of the most famous one, during the summer 2017:  “Pulse of Europe”. On the other Hand the German Elections but also the French and the Austrian Elections showed that the Eurosceptic Parties still had a large number of supporters. There for the last topic we want to focus on during the Seminar will be Youth Engagement. Europe is our future and we want to use our possibilities to reform Europe to its best.

Experts on European politics, new methods and games and lots of food are waiting for you!

The participation fee of 80,00 € includes accommodation, full catering during the seminar and the different workshops and trainings.[For travel cost reimbursement, see information left]

The application for this year’s seminar is already closed. 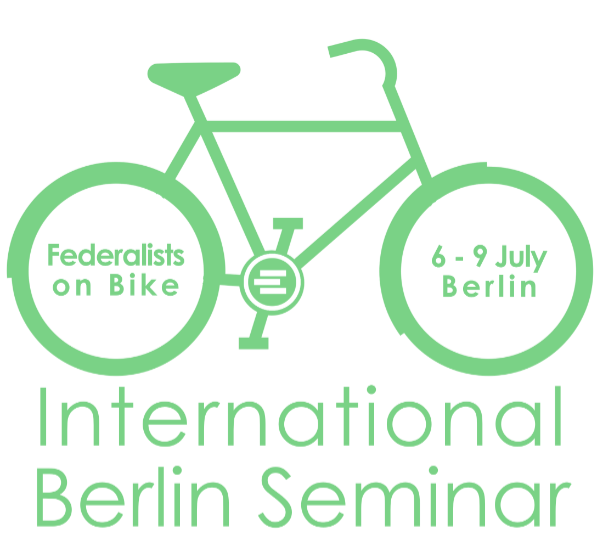